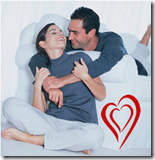 I’ve coached so many people around the pain of dating that it’s time to blow open the reason “dating” is so painful. Pain can often be boiled down to the meaning of a word. In a word, “dating” sucks because it is simply another word for “prostitution”. Have I got your attention?

Dating is an American phenomenon. When you visit other countries, many laugh at the idea. In Mexico, they jokingly call it “practicing”. Dating was invented in the U.S. at the turn of the century as towns were springing up in the West. These towns consisted of male workers, cattle drivers, gold prospectors, miners, rail men, and just a few prostitutes. Women wanted to move out to these towns but didn’t want to partake in the oldest profession and couldn’t work in a mine or do hard labor. So, these early pioneers came up with a new system. Instead of having sex for money right away, they would set a “date” in the future for escalating exchange. First “date”, he’d pay for a meal and she might “let’” him kiss her cheek. On the second “date”, maybe a kiss on the lips after a particularly nice dinner and a show. Eventually, he would buy her gifts and maybe even pay her rent. A women would schedule dates several men and have her meals, clothing, rent covered. She’d wait as long as possible to have sex so the man had incentive to spend more money.

Unbelievable you say? Check your history. This is why “dating” seems so awkward. Why men feel pressure to spend money for sex and women feel weird about the need to provide sex. “Dating” is only about trading resources: sex for money. That’s why we don’t see “dating” in the rest of the world, but like most things, we’re exporting “dating” to other countries.

What’s the alternative? Getting together with the opposite sex to get to know them and decide if you actually like them! Remove sex and money from the equation and you have two humans. Now it’s about seeing their qualities rather than their resources.

I call this Soul Mating, not dating.

First step, get together for FUN! If it’s not a fun get together, why do it? Go on a hike, bike ride, bowling. Ask the other person to come along somewhere with you rather than setting a date that’s like an interview. As soon as it’s not fun, stop seeing the person. Until you’re ready to get married and commit to mutual growth, you may only have fun with people. Your inner child is part of your soul. Take your soul out to play.

Next, let’s start the process of getting to know another’s soul. The soul is simply the reason we are on the planet beyond sex, money, consumption and elimination. Engage in a mating ritual that filters whether both of you will inspire each other’s soul to grow and the souls of others. Now add in the sex and money for a sweet cocktail. Shake and drink up the bliss.

3 thoughts on “Why “dating” sucks! (Read this or continue to suffer.)”