Did you see me on Breakthrough with Tony Robbins last night?

OK, so you’d really have to have eagle eyes to pick me out of the huge audience at the end of this episode. I was lucky enough to watch the finales of two episodes. At the end of this show, when Willie Degel makes his offer to Ron, Tony says “wow” and they cut away to the audience. If you look closely, you’ll see a head turning in the crowd. Yeah, that’s my 2 seconds of fame. (Link to this episode below.) 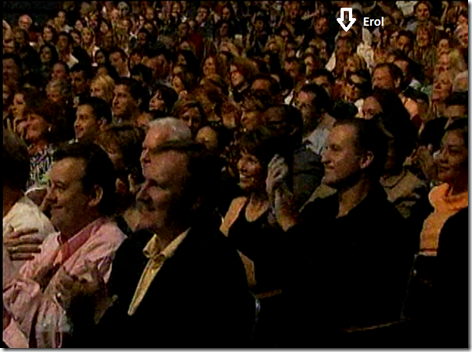 This episode was truly inspirational to me as I see it so frequently in this recession. With the real unemployment rate at 20% (not the 9.5% in the news), many couples are so stressed about money it is tearing their marriage apart. They start blaming each other rather than working together.

Americans have been conditioned for decades to think that what they have is who they are. We have become consumers, not citizens. When we lose money or possessions, we feel like we’ve lost everything. I see so many women consider divorce, because if the husband isn’t making money, they feel they have no need for him. Many people have been reduced to commodities, not people. Fear makes our egos grow so that we become self-obsessed.

There are many ways this couple may have been helped. The first step was their commitment to make their marriage work! Without that, nothing could help. Tony did a great job of crafting adventures that would work for TV Land but still have a life-long impact at the cellular level. Emotional is memorable, remember that. Ron and Marie got to rediscover who they really are, at their core, without the money and products. From there, Tony could then have them get back in the game of work, as strong individuals and as a team.

Especially important was the couple awakening to care about each other, and other people, and think beyond their own fears. Compassion overcomes the self-absorbed ego, the separated self. They were able to see each other and people around them as human, rather than barriers to their own needs. We are social creatures and are capable of so much more when we care about others.

Here’s the seven steps from this episode: